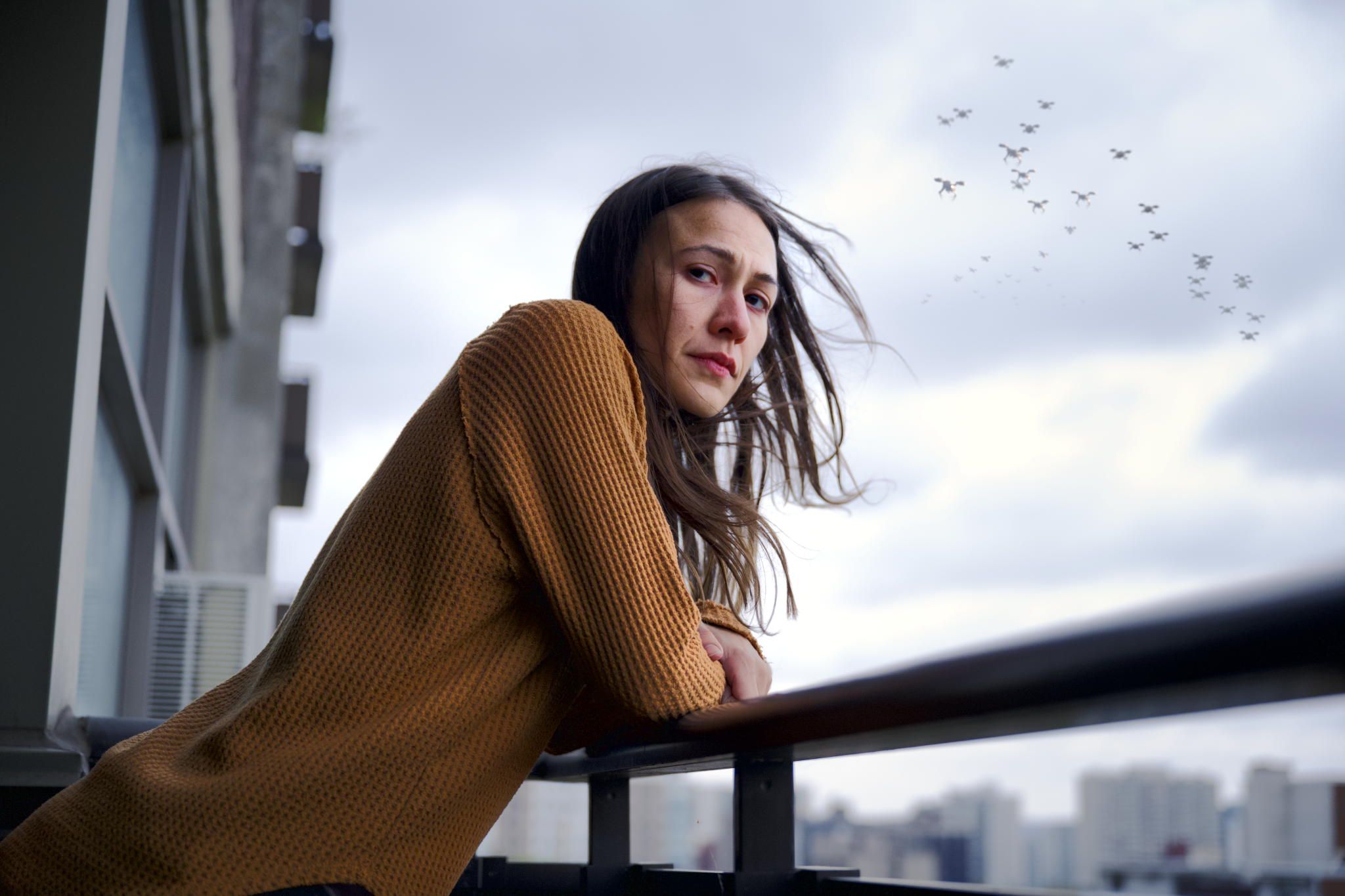 There is a beautiful dream at the heart of the ramshackle brutal future Danis Goulet (Cree and Métis) conjures in Night Raiders—that we don’t have to live like that. Our future can be one of pilina and possibility. In the film, the “great southern nation” has invaded, taking resources and land. Their youth are put into schools that separate them from their ʻāina and their people, turning them against their families. They are dressed in militaristic uniforms, shorn of old names and connections, taught how to use guns and violence as their means of communication.

Niska (Elle-Máijá Tailfeathers) and her daughter Waseese (Brooklyn Letexier-Hart) live in the aftermath, a cold barren world populated by enforcement drones that alternately drop food or fire weapons, where people scrape out a gray existence in the ruins of the lives they had known before. The world shown in the film, however, is not so much an impossible dystopia, but the natural outgrowth of present-day colonialism.

The portrayal of these violent assimilationist schools in Night Raiders reminds us that this is a future that Indigenous peoples have lived before. The system of residential schools across the U.S. and Canada brutalized generations of Indigenous peoples and only ended in the 1990s. Some of its roots come from right here in the kingdom of Hawaiʻi, where the Protestant missionary Richard Armstrong was Minister of Public Education, and whose ideas about industrial education influenced his son, Samuel Chapman Armstrong, who founded the Hampton Institute, which directly led to the Carlisle Indian School in Pennsylvania, the model for future residential schools. In the film, Waseese and Niska live an isolated but loving life in the bush until Waseese is injured and ends up in one of these schools, where she is renamed Elizabeth and immersed in an assimilative education founded upon automatic weapons and pledges of allegiance to the occupying nation.

Though these schools and the legacies of their real-life counterparts are central concerns of the film, it is in the margins where we see Night Raiders’ wild dream of possibility come to life. The cracks in the system are where Indigeneity and connection grow. Each moment recognizing kinship with each other and with the land is a seed that grows the possibility of a new and verdant world. Multilingual teasing, laughing, and singing in the warm orange glow of Kitsaki fires. Trans-Indigenous solidarity, as the Māori Leo acts as an accomplice to the Cree “raiders.” The rescued children walking through the deep greens of the forest with an elder who points to plant relatives and shows them how to connect to ʻāina. In ʻōlelo Hawaiʻi, these kinds of connections and kinships drawing us together are called pilina, and it is within the possibilities of pilina that the film shows us the way forward.

What saves Waseese from the school is not the titular night raiders, though they are who rescue her; it is not even the multi-generational and multi-national Indigenous encampment at Kitsaki. It is kinship that saves her. Pilina and all of its possibilities. When Niska and Waseese live in the bush, they are relatively safe and happy, but they are without community. The great southern nation and its schools sever connection, divorcing people from the ʻāina, turning people against each other. Although Ida (Gail Maurice) and Somonis (Violet Nelson) lead a band of warriors, their actual weapon is kinship. Because Niska is drawn back into community, because the people in the encampment nurture pilina with each other, because the children are raised in relationship with the forest, because Leo connects across oceans with them, Waseese is able to be rescued and able to draw upon the power of kinship in the film’s climactic final moments.

The brutality of Night Raiders’ bleak future is, as computer programmers say, a feature not a bug. Every time we ignore Indigenous connection—when the Dakota Access Pipeline and Line 3 are pushed through Indigenous land, when the TMT and Rio Tinto’s mines are pushed forward without Indigenous consent, we move closer to this future. And the film reminds us that outside of the assimilative schools, a community can grow that cares for its children and its elders, where jokes come in the languages of our ancestors, where the land is cherished and protected as a family member. What these moments of joy and beauty and laughter and connection to land show us is that not only did kinship save Waseese from the school, it can save us from the apocalypse. 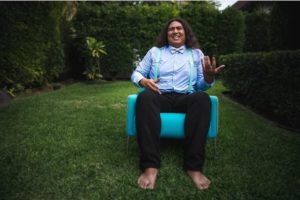 Bryan Kamaoli Kuwada is a big brown guy with long hair who is a professor at the Kamakakūokalani Center for Hawaiian Studies. He is also sometimes a photographer, poet, fiction writer, or surfer.