If you use the word color, it ruins the word blue.
Tony Quagliano, “One for William Carlos William” 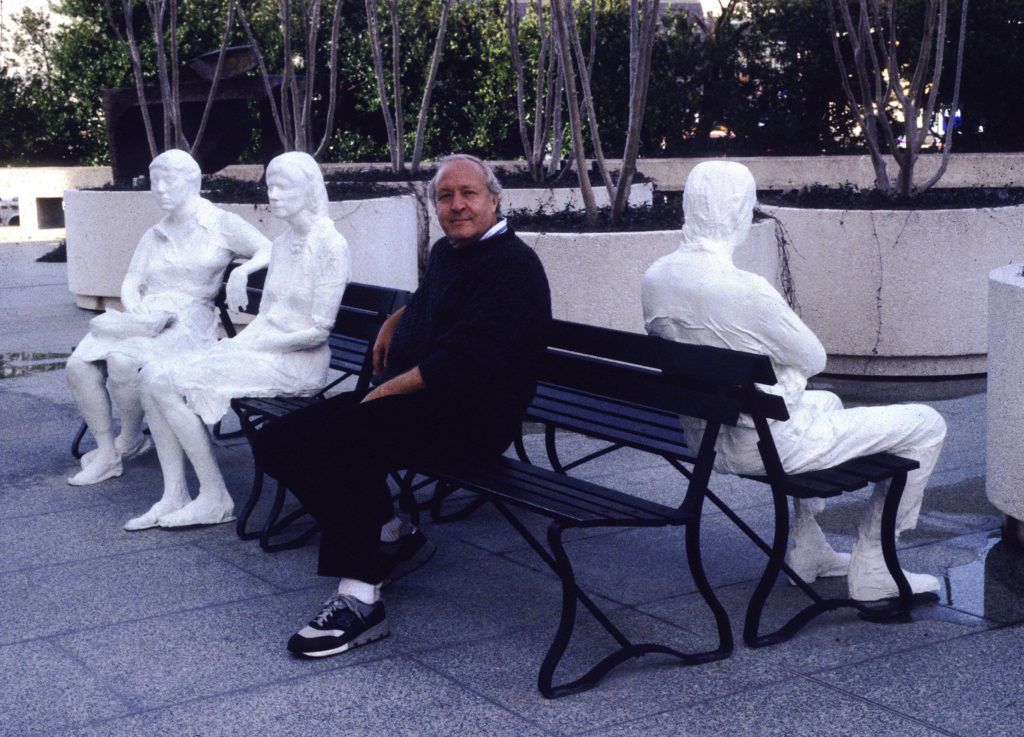 Tony Quagliano was a poet, essayist, literary critic, jazz writer, editor and Professor of American Studies at Japan American Institute for Management Science and the University of Hawaii. He was widely published in magazines and journals, especially “long” poetry, and was the recipient of the inaugural Pushcart Prize (1976). He is remembered for his work as an editor, which included KAIMANA, The Journal of the Hawaii Literary Arts Council. As the editor of KAIMANA, Quagliano’s stated philosophy was “I just publish the very best stuff I get.” In 1997, he was one of six Americans chosen to select the haiku to appear on the national Japanese American Memorial in Washington D.C. 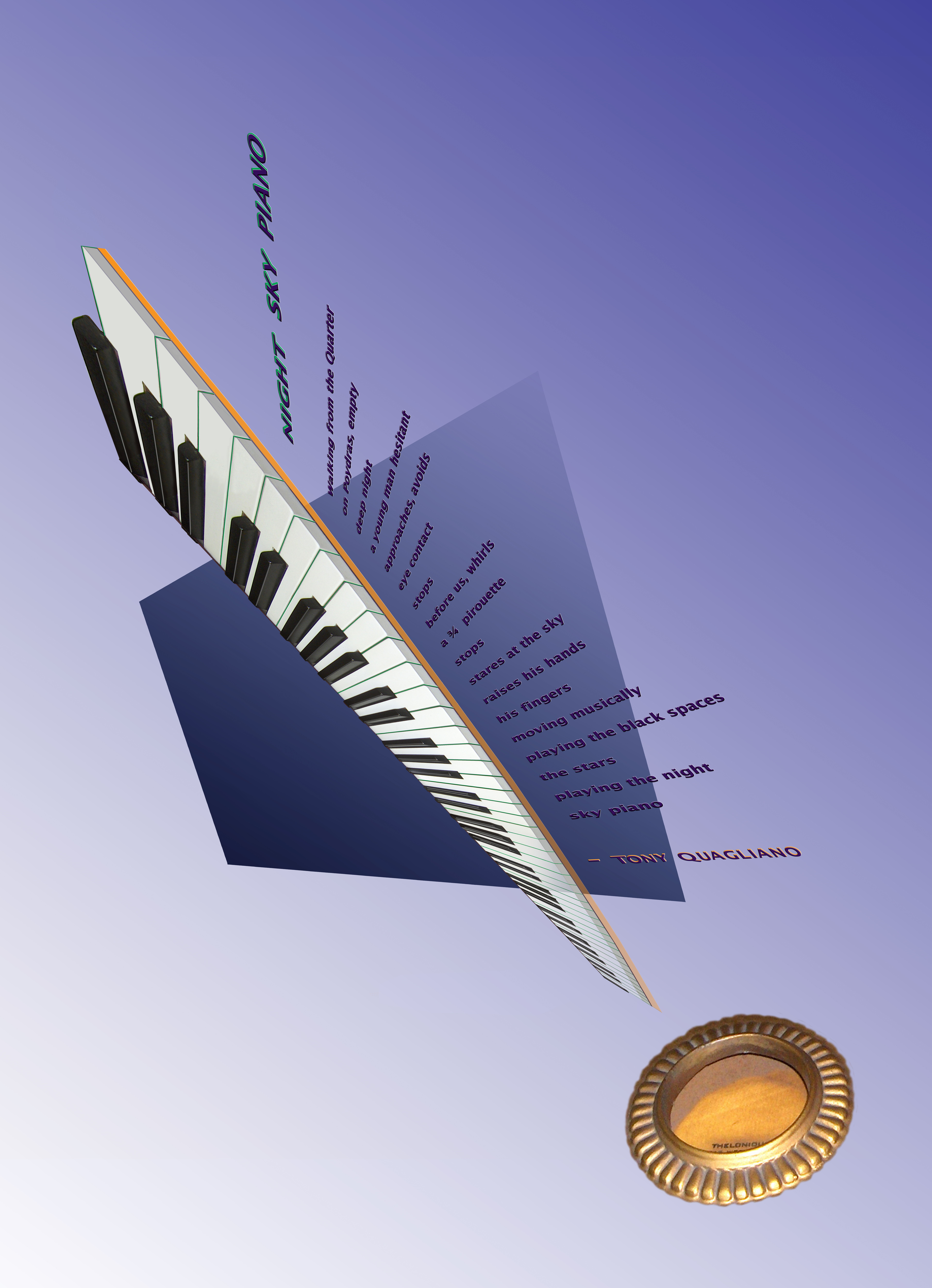 Tony loved jazz, and wrote of jazz often. The qualities of jazz–rhythm and sound–underlie his poetry. Joanne Yamada writes: “For Quagliano, such qualities always incorporate the conscious fusion of the sound of the word within a rhythmic structure.” In amazing and unexpected ways, Tony brought the sounds of words together and, likewise, the confluence of ideas/thoughts together. As Joseph Stanton wrote in response to Quagliano’s poem and book of the same name, Fierce Meadows, “Tony Quagliano is the master of a perceptual jazz, of a poetic-improvisation technique that makes from the random litter of everyday events a fine, bright, mocking kind of music. Quagliano seems to find his poems through a whimsical attentiveness to the rhythms of being there, inside wherever he happens to be.” 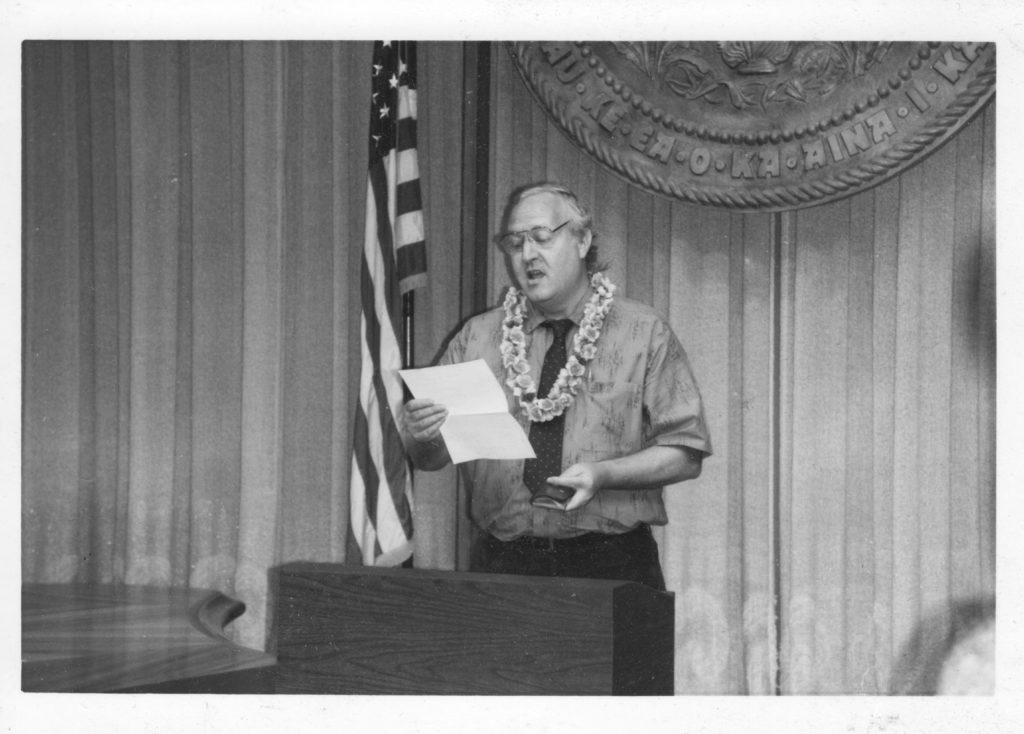