Since 1993, Hawaiʻi History Day, as part of the National History Day affiliate button tradition, has honored historical figures, events, places, and practices that are important to the story of Hawaiʻi. Students participating in the annual National History Day competition in Maryland, trade buttons with one another, in turn learning small fragments (sometimes knotted and frayed) of the fabric that weaves all our distant places together.

Each year, Hawaiʻi History Day consultants and Hawaiʻi Council for the Humanities staff nominate a piece of Hawaiʻi history to be honored as part of the affiliate button tradition. We argue; we consider; we cherish. Multiple names are put forward for consideration—lucky we live Hawaiʻi—when we can choose only one, and there are so many to choose from. Our history is so rich—filled with so much searing, often heartbreaking, complexity—filled with depth, with courage, with grace. And so much of this history has been ignored or glossed over by conventional history books and conversations. Contemporary history scholars in Hawaiʻi are working to change this habit and we hope, in honoring and treasuring these people, events, places, and traditions, we are small part of this change. 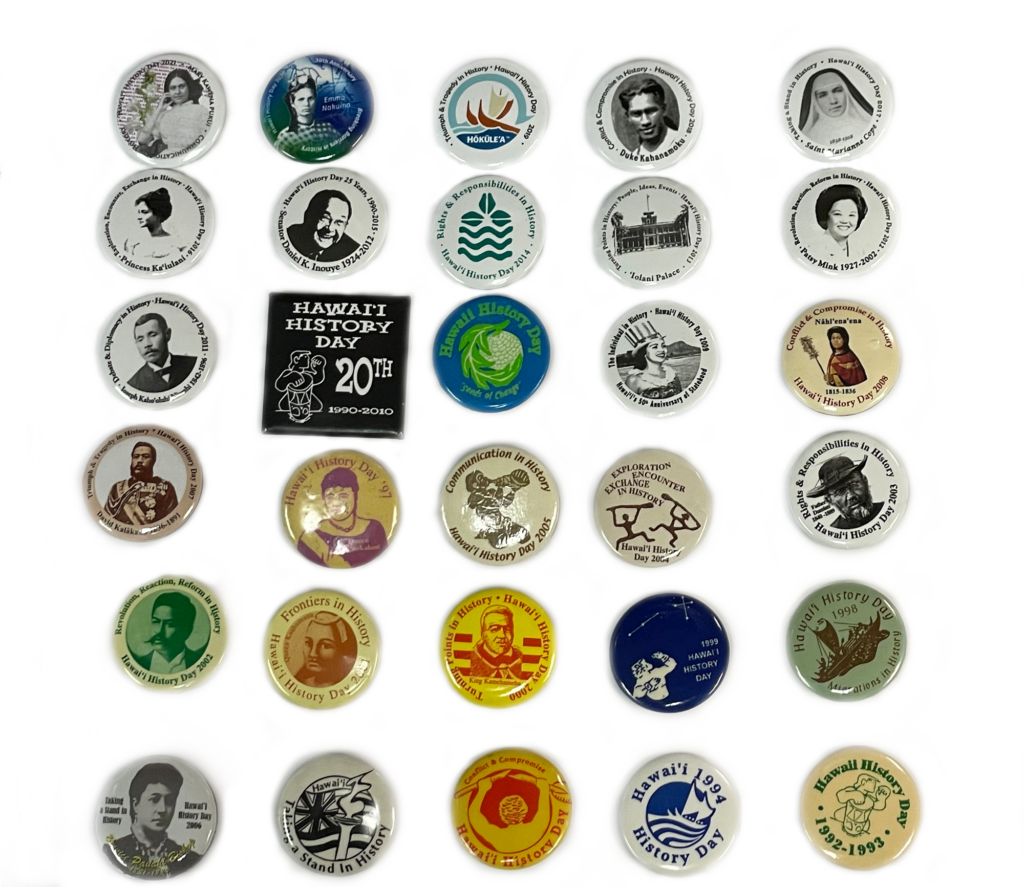