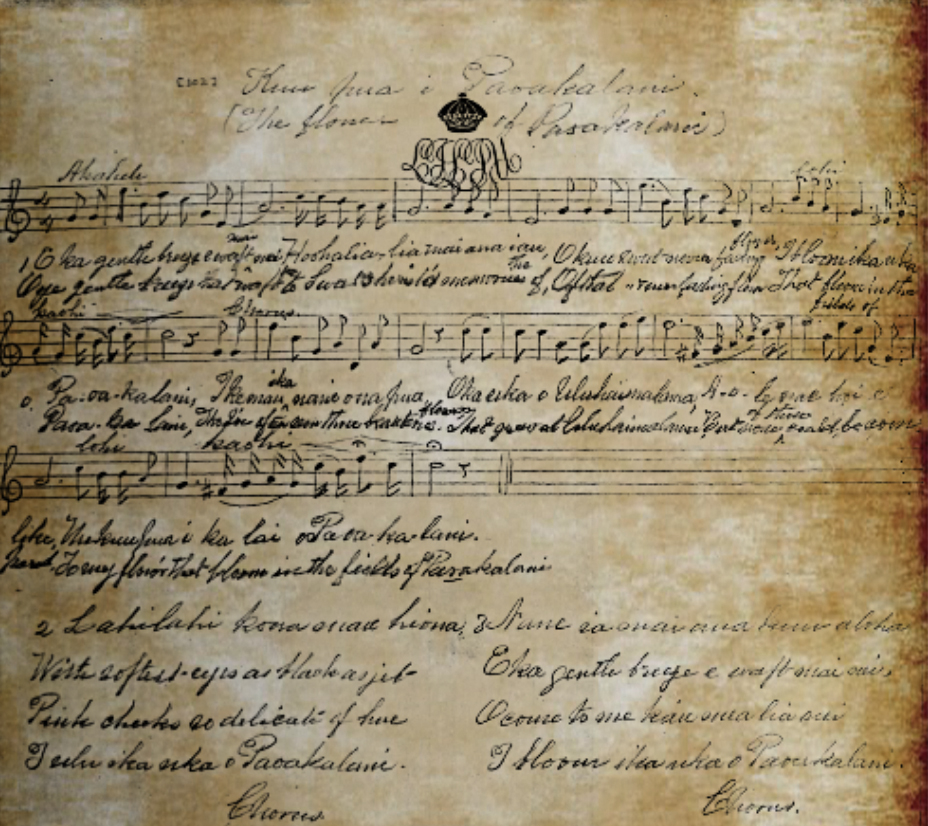 The Mele Lāhui (National Songs) concert used music compositions to tell the story of nationalism from the deposed Queen Lili‘uokalani’s and from the Hawaiian people’s points of view.  Guest presenters, Puakea Nogelmeier, professor of Hawaiian Language, University of Hawai‘i at Mānoa, and Hawai‘i Council for the Humanities Board Director; Aaron Mahi, Hawaiian classical music expert; and Martha Noyes, writer, joined the Royal Hawaiian Band to introduce the program’s songs.

This program was inspired by an essay entitled “We Will Eat Stones,” by Martha Noyes, published in the Hawai‘i Council for the Humanities’ anthology, We Go Jam: Celebrating Our Music, Our Soundscape, Our Hawai‘i.  Noyes’ essay narrates the creation of the song “Mele ‘Ai  Pōhaku (We Will Eat Stones)” arranged in 1893 when members of the Royal Hawaiian Band refused to sign an oath of loyalty to the newly established Republic of Hawai‘i after Queen Lili‘uokalani was overthrown.  Because of the story’s reference to the Band, the Hawai‘i Council for the Humanities sought to expand the themes into a program with the Royal Hawaiian Band.

A special booklet was produced containing essays about the pieces, written by the speakers, along with song lyrics and translations, and historical images.

Copyright © 2013 by Hawai‘i Council for the Humanities.  All rights reserved.  Any use of the material, including reproduction in whole or in part requires permission in writing.