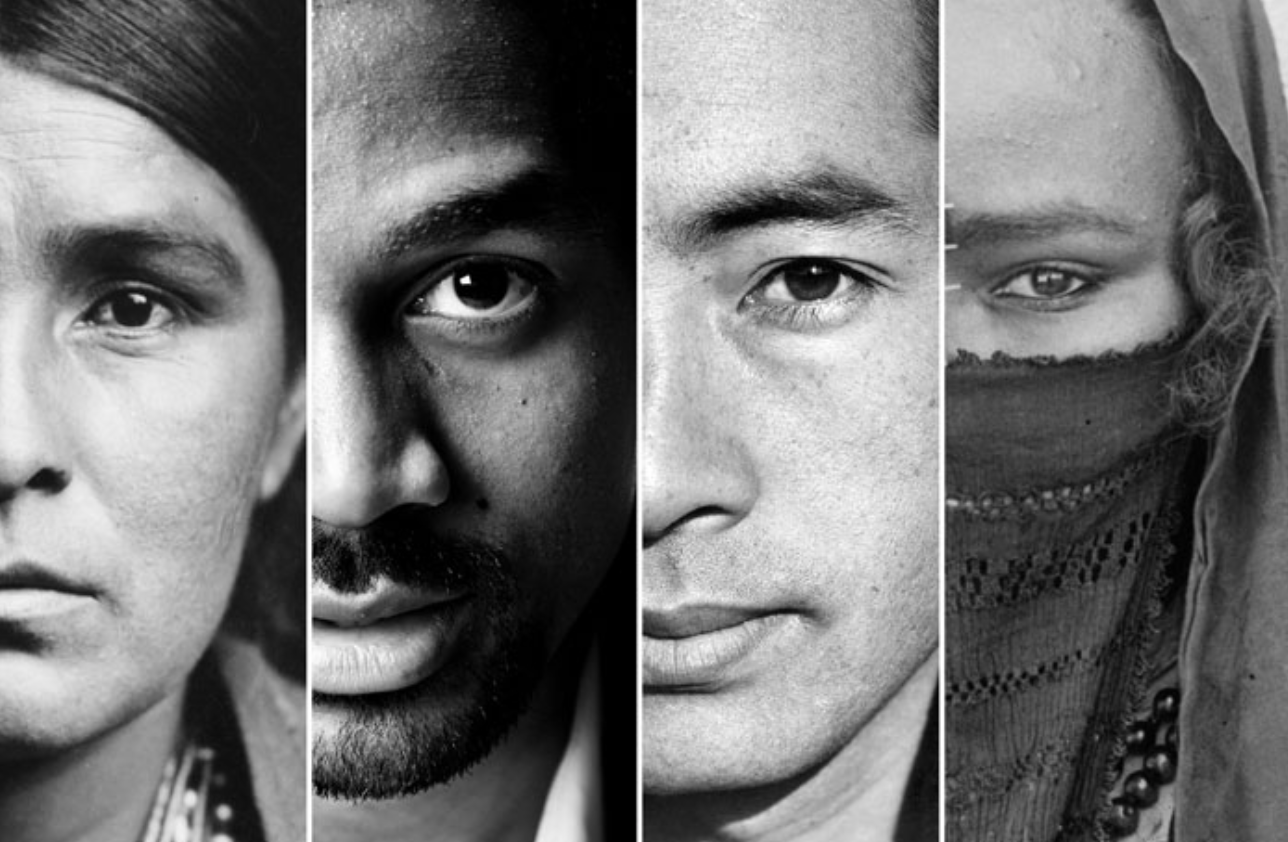 As a response to recent events that led to tensions between black communities and law enforcement authorities, the National Endowment for the Humanities (NEH) has launched Humanities and the Legacy of Race and Ethnicity in the United States, a yearlong initiative of programming to foster meaningful dialogues that focus on issues that deal with racial issues that divide our communities. HIHumanities is a proud state affiliate of the NEH and has been awarded this special initiative grant.

Former NEH Chairman William D. Adam states: “It’s clear to us at NEH that the humanities have much to offer the country in this time of urgent need. The humanities have the capacity to connect the present to the past and to the ways in which our history has shaped our understandings, predilections, and divisions; the humanities offer multiple avenues for the clarification and articulation of both our shared and conflicting values and principles; and the humanities demonstrate the power of stories to help us know ourselves in deeper ways and to reimagine our relationships.”

Throughout 2017, the Hawai‘i Council for the Humanities, in partnership with community scholars and organizations, facilitated public programs and workshop for teachers to explore and contemplate who we are, and how we relate to one another through the lens of race and culture.

On November 16, 17, & 18, HIHumanities conducted three programs that honored the memory and important work of James Oliver Horton who had close ties to Hawai‘i. Horton passed away on February 20, 2017, after a long illness. He was a public historian, scholar, and visiting professor in the Department of American Studies at the University of Hawai‘i at Mānoa. He was Benjamin Banneker Professor of American Studies and History at George Washington University and historian emeritus of the Smithsonian Institution’s National Museum of American History, Washington, DC. He edited, authored or co-authored ten books including The Landmarks of African American History. With his wife and scholarly collaborator, Lois E. Horton, he edited Slavery and Public History: The Tough Stuff of American Memory. The Hortons were staunch advocates of public history, working closely with museums and teachers to offer new insights on slavery and African American history.

“If It’s So Hard, Why Talk About It? American Slavery in History and Memory”—Public Lecture by Lois E. Horton 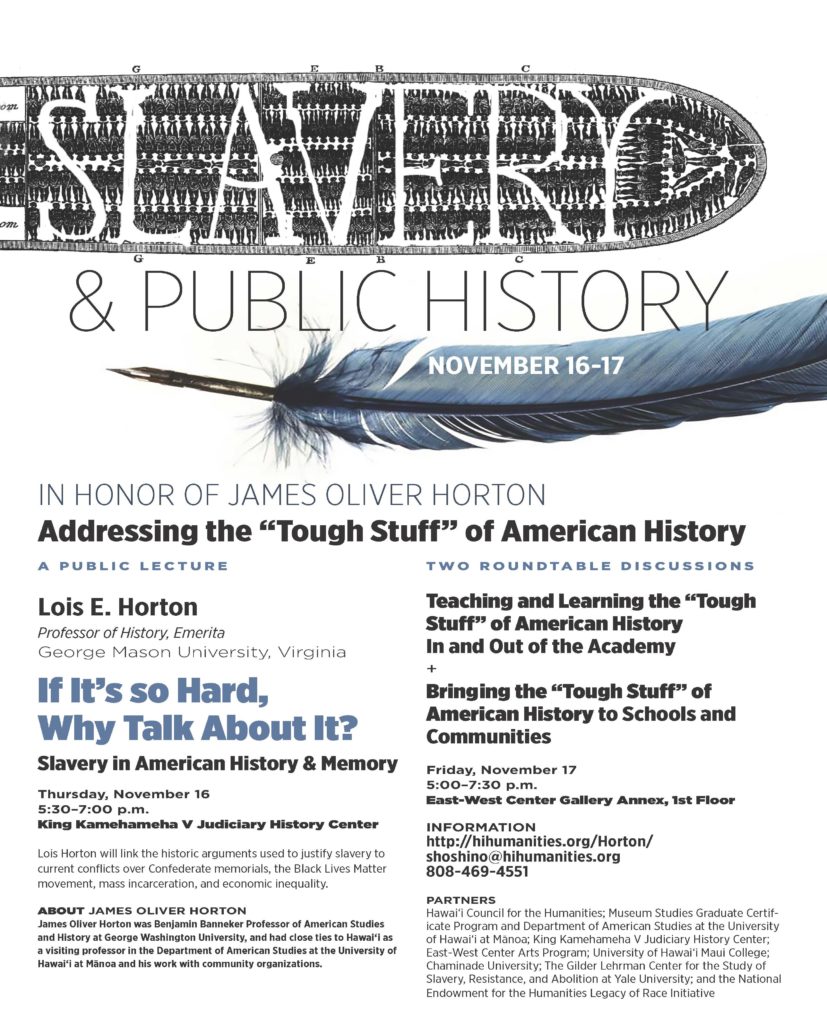 What is Civic Power? How can the concept of “civic power” help us examine Hawai‘i’s immigrant history? Can it help us understand the creation of immigration laws and policies in the past, and the current challenges to them? Can it inspire innovative educational and public programs?

On Saturday, July 1, 2017, Hawai‘i Council for the Humanities together with our presenting partners: University of Hawai‘i at Mānoa’s Museum Studies Graduate Certificate Program; WW II Valor in the Pacific National Monument, National Park Service; and Liljestrand Foundation, presented Understanding Civic Power—Immigration in Hawai‘i. This small-group, facilitated program was open to the public and free with a limit of twenty participants which included lifelong learners, professionals, and students. They convened at Liljestrand House to discuss power structures, and how these structures played a role here in Hawai‘i’s immigration experience—historically and now.

On Sunday, February 12, 2017, Hawai‘i Council for the Humanities, in partnership with Doris Duke Theatre, Honolulu Museum of Art, and the National Endowment for the Humanities, presented a free screening of the film 13th, from director Ava DuVernay (Selma), a documentary about the Thirteenth Amendment to the United States Constitution, which outlawed slavery, to a full auditorium.

What is structural racism? How does it prevent us from achieving true diversity among our staff, boards, and audiences, and in our programs?

This panel discussion was inspired by programs at previous museum conferences. At the American Alliance of Museums (AAM) annual meeting in 2015, the response was overwhelming to a session about the killing of Michael Brown in Ferguson, MO. It eventually led to a regional discussion about related topics at the Western Museum Association (WMA) conference last month.

On November 4, 2016, at 5:30 p.m., we heard perspectives on structural racism and diversity from three museum professionals. Noelle M.K.Y. Kahanu reported on her participation on the WMA panel, Museums & Race 2016, and shared her observations from working in the local museum community; Kathy Suter drew on her experiences at the Smithsonian’s National Museum of the American Indian, and ideas about how the Hawai‘i Museums Association and its members may facilitate the dialogue on change; and Kippen de Alba Chu described efforts by AAM to provide guidance to museums for implementing structural changes. 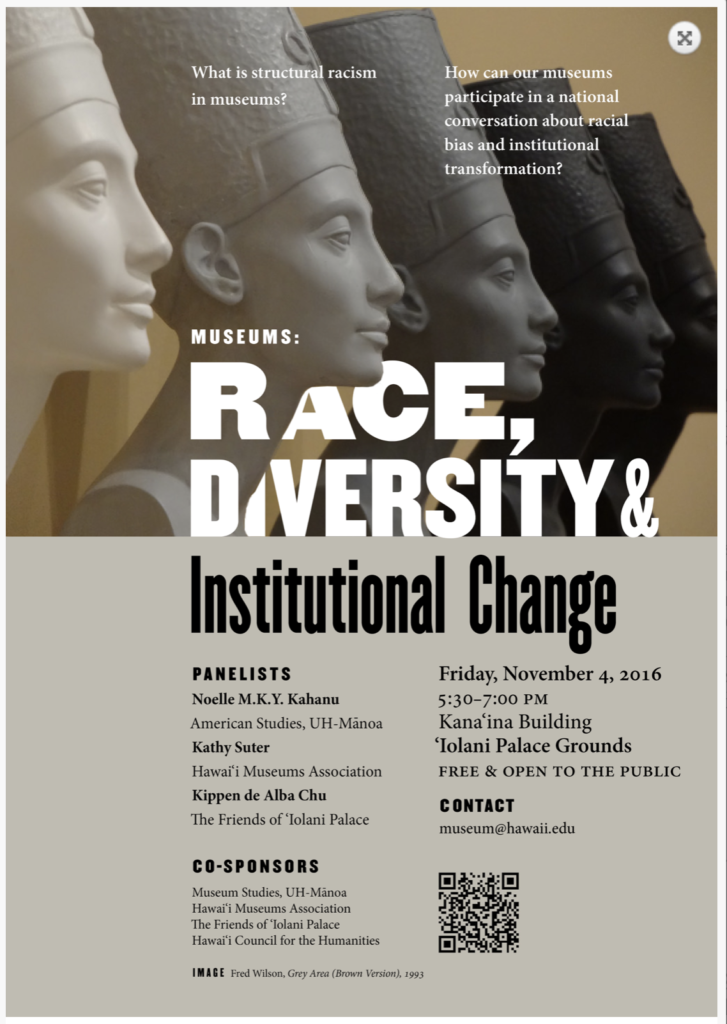