Love Letters to Community: New Worlds into Being 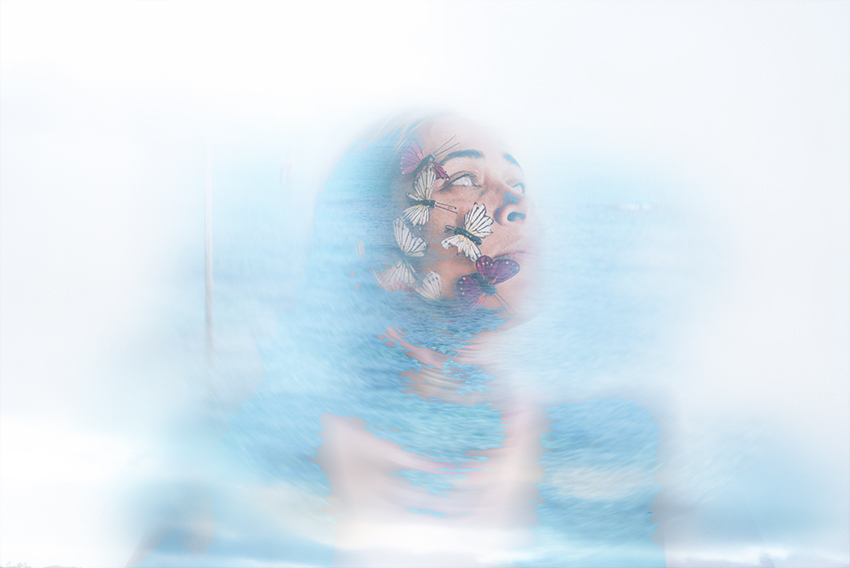 This is a letter in speculation in a speculative time. This is to all of you struggling through this moment of distance, uncertainty, danger, and fear. I am with you. In this space, I usually write to you in third person as the Communications Officer representing a collective of voices from Hawaiʻi Council for the Humanities. Today, I write to you as me, Lyz Soto, speculative-hermit-wanna-be.

Just over two decades ago, my life turned upside down. When my son was six months old his father was hospitalized and diagnosed with paranoid schizophrenia, and I discovered understanding and treating mental health is a speculative precarious endeavor in our culture. It is a singular kind of devastation to watch someone you love disappear into a landscape of phantoms and despair. This was the beginning of a long difficult road for our whole family. If the heart is the seat of human emotion, mine was a collapsing four-chambered house. The entire world felt dangerous and uncertain. Everything that once felt safe felt insecure, sometimes even threatening. I did not worry about breathing. I worried about trying not to breathe.

One of my lifelines in those times was my love of speculative storytelling—often referred to simply as science-fiction, but includes fantasy, alternate history, horror and science-fiction to cover the basics. I read and watched everything I could get my hands on. I re-watched/reread that which gave me comfort, like all things Star Trek and all things Hayao Miyazaki (A documentary on this wonderful filmmaker is streaming for free here). Those DVDs were worn thin, as were my copies of all things written by Ursula Le Guin and Octavia Butler (You can watch a couple of interesting interviews with Le Guin here and with Butler here). While my actual world was disintegrating, I turned to this genre of speculation—all storytelling that builds new worlds into being. At its best, this kind of storytelling invites us to escape into imagined worlds so we might better understand who we are and who we might become in this one.

These possibilities offered me the chance of imagining a better existence for myself and my son at a time when tomorrow did not seem possible.The stories all believe in a future when/where we might be better than we are today. In all honesty, today is weird and painful, and I have moments of feeling like we’re all trapped in someone else’s story, as if The Walking Dead writers got a hold of the whole world’s storyboard.

In our  January newsletter, I quoted from Bertolt Brecht that in the dark times we would be singing about the dark times, and I know this to be true. This quote resonates so powerfully with me when I am struggling for tomorrow. When times are bad, we need to be able to speak about these times; we need to be heard. I want to add that in the dark times we also sing about times that are better, because we need to believe in the future as much as we must live through today. Today, many of us struggle in a search for hope, so here in this safe space I am offering you speculative singing that in various times makes me think deeper and feel better and move closer to whole.

I love The Broken Earth Trilogy by N.K. Jemisin (available as really well done audiobooks too) and The Murderbot Diaries series by Martha Wells (Here’s an interview with Martha Wells from March 2020, so Zoom!). Both series are hugely popular and easy to find, so you may have already come across them, but I cannot recommend them enough. The Broken Earth begins with the ending of the world. If that doesn’t hook you, Jemisin’s world-building (Here is a really great podcast featuring N.K. Jemisin discussing world-building on The Ezra Klein Show) is intoxicating and skillfully interwoven with questions about human society. What would a society that is more symbiotic with the world look like? How do we determine hierarchy in our social structures? Who gets put at the bottom and how can these structures be changed?  What does it mean to be human and what does it mean to be considered human? Wells’s Murderbot asks questions in a similar vein, but the approach is more comedic and action-oriented, as it is told through the eyes of a sarcastic gender neutral A.I. robot with social anxiety (btw, I totally identify with this character).

In television, I recommend The Good Place, which was clearly written by people who believe we should all be reading philosophy. It’s funny to boot. The show is set in “The Good Place,” as part of the geographical terrain of the “afterlife.” The show’s main character is an amoral (or immoral, the definitional line between these two words is a bit blurry in this universe) misanthrope, who is fairly certain she has been sent to “The Good Place” by mistake. The show recently finished its fourth and final season and the finale was sweet and optimistic. The Good Place occupies a comforting middle ground. You can watch it and just enjoy, but you can choose to delve deeper and really think about some of the existential conundrums it poses. It has some delicious plot twists, so other than my little reveal above, don’t read spoilers (no Wikipedia!)!

In movies, I recommend Arrival. It’s based on “Story of Your Life,” a short story by Ted Chiang, which I also recommend, and directed by Denis Villeneuve, who directed Blade Runner 2049 as well. Arrival begins with a monumental moment in human history that we’ve seen many times before in the science-fiction realm, first contact with an intelligent species from another world, but from there the story takes some unexpected turns. This film, as does its source material, opens windows into interesting aspects of our existence. What shapes the way we experience and share the world? In this context, it’s not just a nature vs nurture question or answer. That exploration alone is quite thought-provoking, but what really moved me was the ways it portrayed such astonishing resilience, the embracing of life for all of its heartbreaking difficulty. This story believes in love. It believes in the worth of experiencing love’s many facets, its intersections, its connections, including those that bring us pain.

Okay, I could go on and on with my recommendations, but I will stop here and leave you with this thought and question: In this “apocalyptic” and deeply contradictory time, we are given an opportunity to really rethink and recreate the societal systems we’ve built. The Himalayas are visible for the first time in 30 years because of pollution reduction, while people from poor and underserved communities (often marked as essential workers) are being devastated by COVID-19. Millions of pounds of food are going to waste, while our farmers struggle to make ends meet and our families scramble to get food and the list goes on. Can we mend these wildly unjust experiences in our wildest speculations? What is your most pono imagined future?

In this time of speculation—of fear—of remembering and knowing joy, in all its expanse and knit-together fractures, I send you my heart.

P.S. My mom recently texted asking me if I’d ever watched this cool show called The Expanse (a science-fiction TV show adapted from a series written by James S. A. Corey). Yes, I have. I love it and so do my parents, so it must be good.

P.P.S. The butterfly magic on the image above was created by Jocelyn Kapumealani Ng. The photo was taken by Jakob Bauwens. Photo editing was by Lyz Soto and Jakob Bauwens.

HIHumanities’ Love Letters to the Community series is part of our Nā Mana Wai digital publication. This series highlights a diversity of community voices from around our islands and are intended to raise important questions that will lead to continued productive discussion. The opinions expressed here do not represent those of Hawaiʻi Council for the Humanities or the National Endowment for the Humanities.